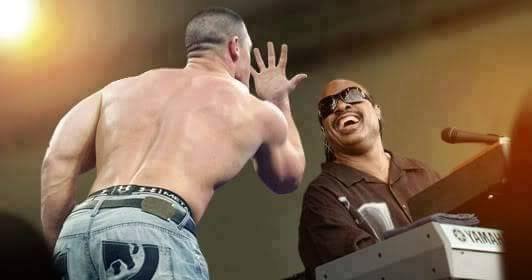 I’ve always been a preparer. If I can stay a couple steps ahead of trends and opponents in life, my chance of success increases. I’ve practiced it in my personal life, my professional life and absolutely in my fantasy football life.

A great example of this happened some time ago at work. During a meeting with my supervisor, I discussed long term planning and had a frank discussion on who could succeed me as manager. Its not that I dislike my job or plan on leaving, quite the opposite; but I’m obviously not going to be here forever and I fully expect my program and company to outlive me. Its something I don’t think happens in a lot of places and its absolutely not happening in the modern NFL.

Since the Super Bowl, we’ve had:

This is not the first time we’ve seen this kind of attitude. Brett Farve was famously quoted by ESPN as saying, “My contract doesn’t say I have to get Aaron Rodgers ready to play.” and its well chronicled in Jeff Pearlman’s Gunslinger book. Of course, Pearlman also chronicles the errors a young Rodgers made in their fledgling relationship including calling Farve ‘Grandpa’ and comparing their Wonderlic scores; so its not entirely a one sided issue. NFL Films ranked the rivalry between Joe Montana and Steve Young as the 7th greatest in football and generated an entire book on the topic (Best of Rivals by Adam Lazarus). Neither Montana, nor Farve could see the big picture, so its not shocking that neither can any of these guys.

I could probably dig further and find prime examples at other positions of the same behavior but it all comes to the same two truths: No one player is bigger than their franchise and no one plays forever. Yet, many players feel that they are and that they will.

And this ‘issue’ doesn’t hit everyone. For a recent example, see Alex Smith on the drafting of Pat Mahomes. Smith said all the right things in public, he acknowledged he’d likely be the starter in 2017 but maybe not beyond, he called Mahomes after the draft to welcome him to the team, and most importantly, he elevated his play in 2017 to force the organization to make a difficult decision and increase his options going forward. Roethlisberger, who threatens retirement because he doesn’t like his OC, could embrace this opportunity to improve his standing, ESPN claims his best QBR season was 32nd (I see some conflicting evidence on this number), Matt Schaub had two season better than that. Joe Flacco doesn’t even crack the top 50 individual seasons in QBR and has been in decline since their last super bowl run four years ago. The point is, there is another way to react to the potential of being replaced. Both are great players who are legends in their towns for winning super bowls, but that makes them neither immortal or infallible

Whatever their personal feelings, these players need to start seeing the big picture for the organization and for themselves. Alex Smith certainly saw it and landed a big deal in Washington as a result. It is time for Roethlisberger to stop complaining he isnt getting enough help while he currently enjoys the talents of both Antonio Brown and LeVeon Bell and go out there and be a leader. It is time for Joe Flacco to stop beating around the bush and recognize that his play has not been what he would like it to be lately. Thats my take on it, we all move on at some point in our lives and sometimes that means a complete change of career, thus we need to see the big picture and prepare.