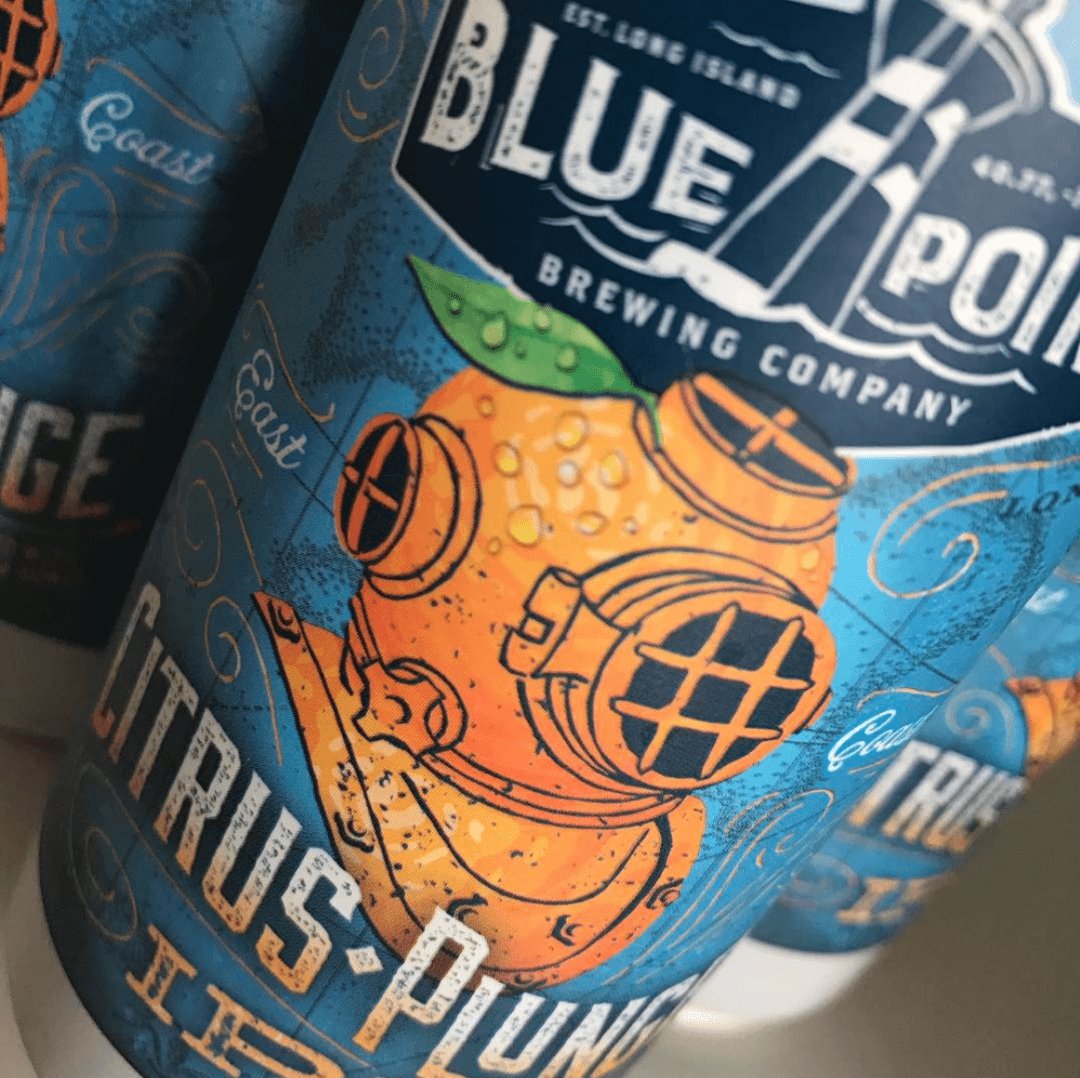 Well, well, well you just realized that it’s August already! You start to think damn it! I didn’t get to do half the stuff I planned in my head! Now what!? Slow your roll! It is still summer and technically we have until September 22nd till it’s officially Autumn. There is still time for some summer beers. I’m trying to find beers I haven’t had before and sometimes you just have to ask the guy (or girl) who owns the liquor store for their recommendation.  With that question I was shown a  couple lighter IPAs and out of the ones mentioned this one (yes because of the can/logo) caught my eye! So I went for it.

That beer? It was Citrus Plunge IPA by Blue Point Brewery out of Long Island, NY. This IPA is on the orange side of the color spectrum. It is a lighter IPA with scents of orange abound. At first the orange and zest hit your mouth and the hops show up at the finish. And to answer the question from the podcast, I did start to enjoy it more as I drank it. Will this be in my rotation of summer beers? Maybe. Maybe not. If someone handed me one I would not pass it up.

From Blue Point Brewery – “Our Citrus Plunge IPA is fresh off the Blue Point innovation line. Loaded with orange blossom honey and fresh blood oranges, this crisp India Pale Ale packs a juicy punch. Our brewers hand-zested orange peel for an added sweetness that complements the blend of citrusy hops. Trust us – you’ll want to take the plunge with this brew.”