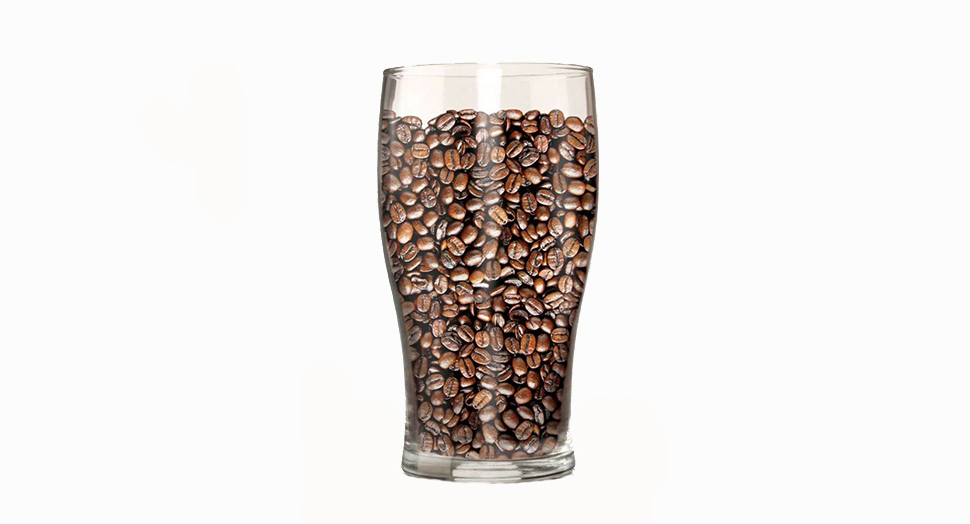 I’ve often wondered to myself, who the Hell invented coffee? What madman/genius was working the fields and said to a buddy, “Hey man I’ve got this idea. Let’s take these beans, roast them until they are like little rocks, grind them into a rough powder, pour hot water over them and drink the dark resulting liquid that come out the other side”. That’s kind of a big leap of faith isn’t it. I know from visiting breweries over the years that beer brewing was discovered by accident (ancient farmers would drink rain water on the sides of their fields, when old grains would fall in and ferment, the party started), but I’ve always wondered about the discovery of coffee…. not enough to actually look it up but I’ve wondered it.

So what does any of this mad rambling have to do with beer? Well coffee and beer meet in an excellent stout by Two Roads Brewing in Espressway. I’m not a stout guy, let’s say that upfront, but if I’m gonna tell you that if I reach for a coffee stout, this one is it. If you like iced coffee, you will love this beer. It is thick without being too think and its color and taste is almost entirely coffee in nature. It starts out with a blast of beanie goodness and finishes smooth, much like Guinness finishes. Its a year round beer, available at the brewery and bottled where Two Roads is purchased.

I rarely ever give a stout anything higher than a 3, but this beer earned a 3.75 from me on Untappd.